Spring and its beautiful colours blow my mind every year. Last week I travelled to Ottawa, the capital city of Canada, where big decisions for the country are made in the Parliament house. Ottawa hosts the Canadian Tulip festival from May 9th to May 19th. This is to commemorate the friendship with Netherlands after Princess Juliana gifted 100,000 tulips to Ottawa for the protection given to the Royals during world war II and the role of Canadian troops in their country’s liberation.

I went to Dow’s lake where about 300,000 flowers are to bloom. This year Spring arrived late and some Tulips were still in buds. There are 6 other locations but I took a bus from the hotel and got lost and travelled up and down most of the time. When I reached Commissoner’s park by Dow’s lake it was around mid day and spent my time there. 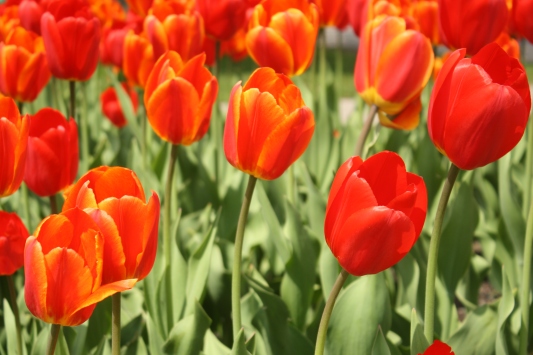 Then on the way back, we stayed at Kingston. Our Kingston hotel was close to Lake Ontario and had a beautiful view. 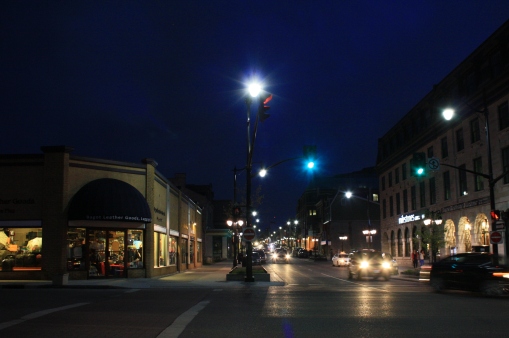 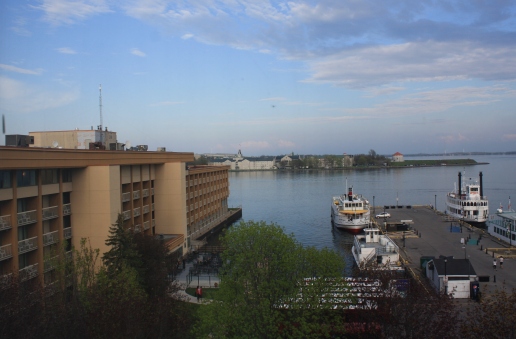 Lake Ontario from our hotel room

On the way back, we visited the Big Apple Farm that has a variety of apple products so I bought apple cider and apple crumble.

Giant apple pies are stacked in the bakery behind.

I tasted a variety of food while I visited all these places. The most memorable one was a roasted vegetable sandwich and salad for dinner. They had pickled beets in arugula salad and I liked the pickled beets. As I have salads included in my lunch these days I thought beets and carrots would be a great addition. Pickling them would make my everyday work lighter as I cook them a little to soften.

Beetroot/Carrot pickle is a simple recipe but it is handy when making a quick salad. 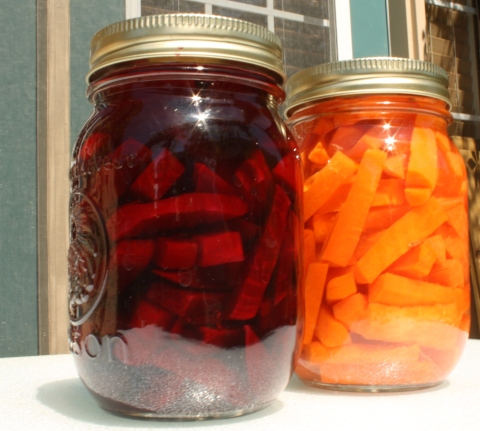 When I returned from the trip my Tulips were in bloom.

Throw a few of these vegetable pieces in any salad to make it colourful and extra nutritious. Once opened, the jars can be stored in refrigerator for future use. After 4 days I opened the jars and the veggies were ready for my salad.